Tell us about HellermannTyton and their involvement in the solar industry.

HellermannTyton is a global leader in cable management and protection products, identification systems and network connectivity solutions. We serve several industries, and solar is one in which we offer the most extensive line of fasteners and identification products. HellermannTyton specializes in developing proprietary materials that outperform off-the-shelf resins in environmental applications. Our engineering and design team understands how the products are used because they work directly with end users. This is why, for example, we place a focus on making fasteners that attach easier but are harder to pull off than similar solutions on the market. Just as important, we commit a great deal of time educating customers on best practices to increase safety and specify products that will extend the life and performance of a PV system. We serve on several organizational boards to keep a finger on the pulse of this changing industry, as well.

Tell us about yourself and your background in the solar industry?

I started out as an electrician about 25 years ago. Solar was not mainstream at that time. Minnesota was just beginning to offer grants for exploration of renewable energy through money collected from the dry cask storage of spent nuclear fuel rods. Nuclear was thought of as being the energy source of the future. It wasn’t until many years later that I worked with EcoVision Electric in Minneapolis doing residential and small commercial solar installations. I also did commissioning and testing of larger commercial and utility-scale solar developments.

How did you get involved with solar wiring inspectors?

In 2008, the City of St Paul, MN was just beginning to see installations of solar. While the NEC did have Article 690, no one really knew what the code requirements were or how to enforce them. I was currently working as an electrical inspector for St. Paul. The City sent me to several solar installation classes and some Code discussions, and I put together a checklist for inspecting solar. This led to teaching several classes just for inspectors in Minnesota and the surrounding states, and design/installation classes for area electricians. In 2011, I worked with the City to standardize solar permitting forms.

I was working for the design engineer for the first “utility-scale” project installed in Minnesota, 2 MWs near Slayton, MN. The local inspector had never seen solar before and had no idea what to look at. We arranged a lunch-and-learn for any electrical inspector who wanted to come, spending two hours over lunch going through Art. 690 using the plans for the site. Afterward, we took all eighteen of them to the site for the final inspection. Six electricians from the contractor were available to open up equipment and answer questions. The inspectors loved the hands-on opportunity, and we had a thorough final, passing with only two minor issues.

Why do solar installations even need inspections, it’s a low voltage, plug and play, system?

The DC voltage coming off a single solar module is usually less than 50 volts, but the modules are usually wired in series, adding up the voltage to 600, 1000, or even 1500 volts DC. A single module may meet the NEC definition of “Low Voltage Contact Limit,” 680.2 for swimming pools, but most systems do not.

Although manufacturers have tried to make solar PV systems simple to install, I’ve seen major errors in my experience as an inspector and electrician. Improper polarity, wrong number of modules in series, wrong number of strings in parallel, are all simple mistakes that can have disastrous effects. An overvoltage, or reverse polarity can start a fire in the combiner box or inverter. If systems are not properly grounded, the problem may not become apparent until someone gets hurt. A module frame can become energized by a frayed wire but won’t be noticed until a fire starts or someone is electrocuted. The use of improper connectors and wiring methods can cause hazards as they deteriorate and fail.

Fire departments are starting to rely on adherence to the NEC and Fire Code for any structures with solar PV mounted on the structure. Fire departments used to allow these buildings to burn and just prevent the spread of the fire to adjacent buildings, as they did not know how to work around a system that was always energized anytime there was light. The NEC now requires a rapid system shutdown to de-energize the system when necessary for safe access. DC wiring from the system is required to be marked to warn personnel that the wiring will be energized any time there is light, and care should be taken when working around these wires, even when the power is off.

Why can’t there be ONE national code for solar that is enforced the same everywhere?

This is a great idea, but the federal government allows the states to decide what building codes, if any, they are going to adopt. Most states have adopted some version of the NEC. Many states amend the code to meet local requirements. Northern areas have problems with frost heaving, some areas have seismic concerns. A few states allow local jurisdictions to decide what code they will use. Illinois has no state adopted code. The City of Chicago heavily amends the NEC, not allowing NM cable to be used, and limiting the requirements for GFCIs and AFCIs. A few states use the International Residential Code (IRC) for the prevailing electrical code. This is a severely edited version of the NEC that is added to the residential building code.

Even if everyone could agree to a single code edition, there would still be the problem of interpretation. As an inspector, we would joke about if you asked five inspectors for their interpretation of a code section, you would get six answers. Everyone has a different opinion, based on their experience. But that is why there is usually an appeals system. In most jurisdictions, you can appeal an inspector’s decision to the senior or head electrical inspector. If you still don’t like the answer, the local building official will be the next rung up that ladder. The state building official will be the final option for an appeal.

Is there some way that a single installation system could be designed that would meet the code everywhere?

Most inspectors will allow you to use the most current edition of the NEC, even if that is not the edition that has been adopted by your jurisdiction. You will need to ask your inspections department for permission, in writing, when you apply for the permit. If you go this route, you will need to use the new code for all electrical on that project; you can’t just pick individual line items.

The system will still need to be designed for the location of the installation. Variations in soil types, temperature, wind speed and seismic issues all have different effects on the system. A tracker that is designed for southern California may not perform when exposed to ice and snow in northern Minnesota.

HellermannTyton offers a variety of cable management solutions that will work in almost any climate extreme. A product you can use anywhere from Death Valley to Fairbanks, Alaska, may cost you a little more, but you only need to specify one wire management system.

Who writes the code, and is there any way to get it changed?

The National Electrical Code (NEC) is sponsored by the National Fire Protection Association (NFPA). This is why the Code is primarily focused on safety. Following the Code does not necessarily mean that you will have a system that works well, but it should be safe.

There are currently 19 Code-Making Panels (CMP), with 12 voting members each. Many of the members have alternates that can fill in if necessary. The members are evenly divided, representing manufacturing, users, installers/maintenance, labor, research/testing, inspectors, insurance, consumers and special experts. The Code is updated every three years. The CMPs meet twice during the three years between updates to review any suggested changes. The next Code edition will be 2020. The time period to submit any proposals for changes has passed, but you have until midnight August 30, 2018 to submit a comment to any of the proposals.

The first draft of the 2020 NEC is currently available at www.nfpa.org/70next. Please log in and submit any thoughts you have on the proposal. Anyone can submit a proposal through the NFPA website. But new proposals now would not be considered until after the 2020 NEC is published. You can also apply to be on a CMP for the 2023 NEC code cycle.

Tell us about HellermanTyton products, anything new? What do you feel sets your cable management products apart from others?

We recently launched a high-performance Button Mount with Solar Tie and a Locking Clamp. They fit the predrilled mounting holes of most solar modules and are rated for extended life outdoors. They are the only such fasteners specifically made for single-axis tracker systems. They were inspired by bad habits we see from some installers who run standard cable ties through sharp module holes. It may be fast and easy, but those ties also fail fast and easy.

One important differentiator for us is we employ material scientists in addition to engineers to develop new products and enhance existing ones. They work side-by-side with the material developers, from the lab to the presses, to explore possibilities. We also perform validation tests that exceed industry requirements. When you devote that kind of attention to a plastic component, the results truly shine in real-world applications. 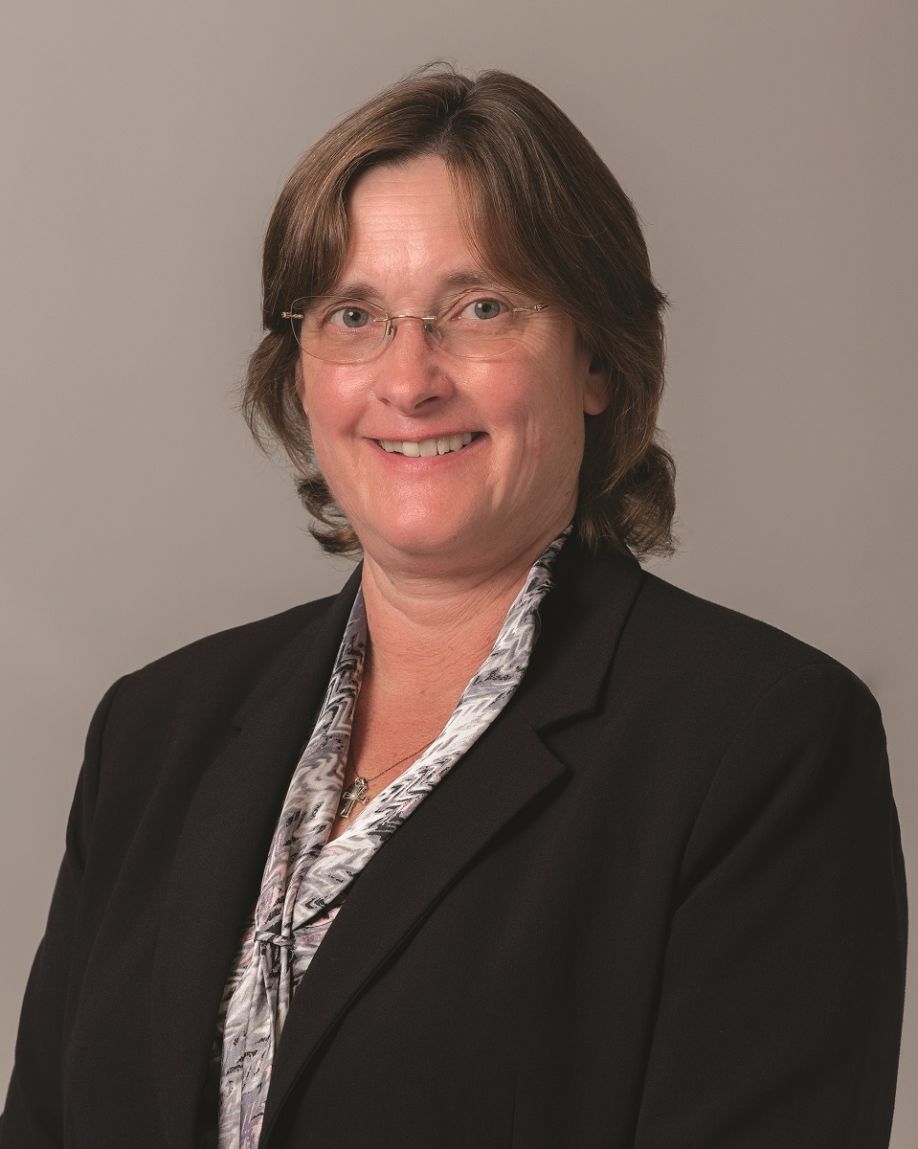 HellermannTyton is a global leader in cable management and protection products, identification systems and network connectivity solutions. Its systems and solutions are specified by major manufacturers and contractors in the OEM, data communications, automotive, heavy equipment, renewable energy and related industries. The company’s engineered solutions and innovative products are designed and constructed to meet the strictest quality standards while delivering reliable implementation at the lowest cost. HellermannTyton operates in 39 countries, with North American headquarters in Milwaukee, Wisconsin (www.hellermann.tyton.com).